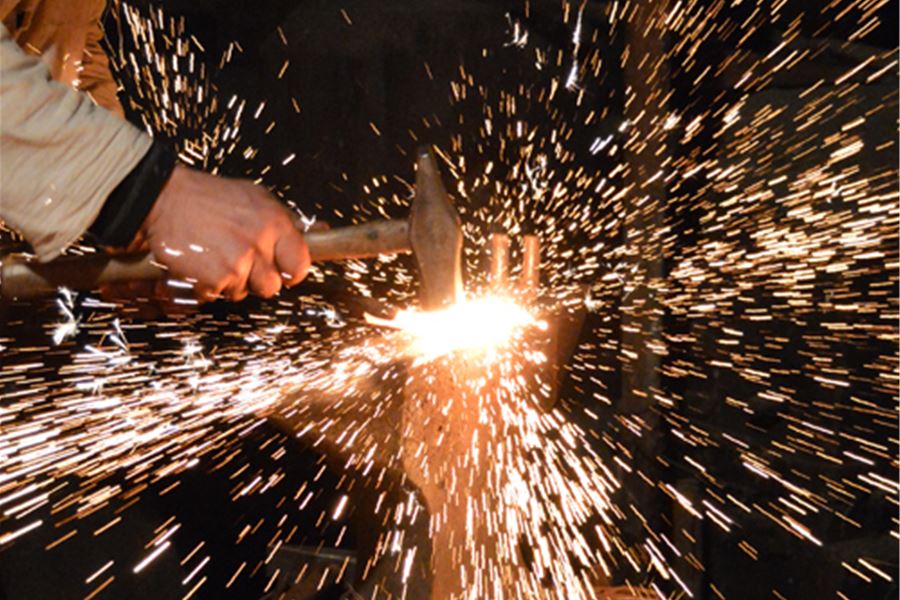 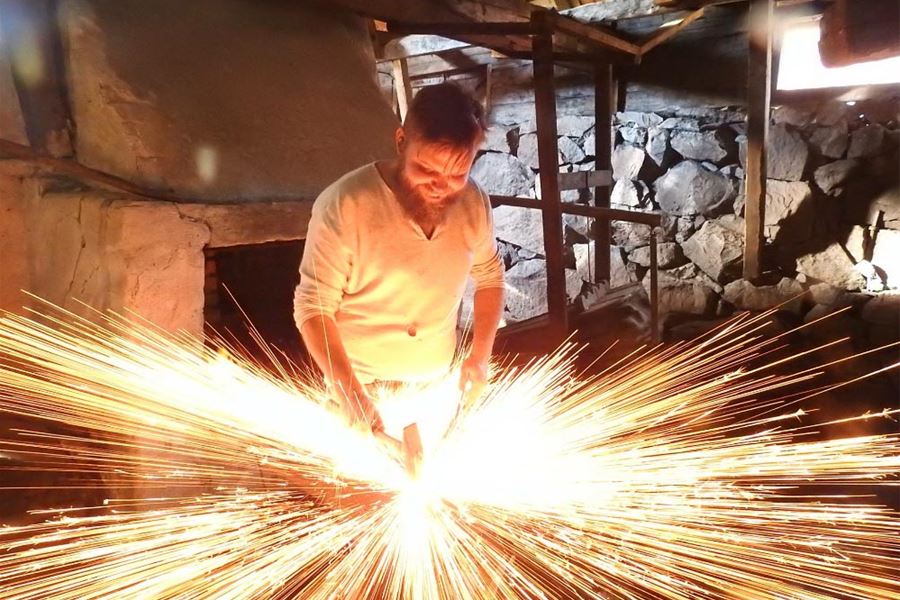 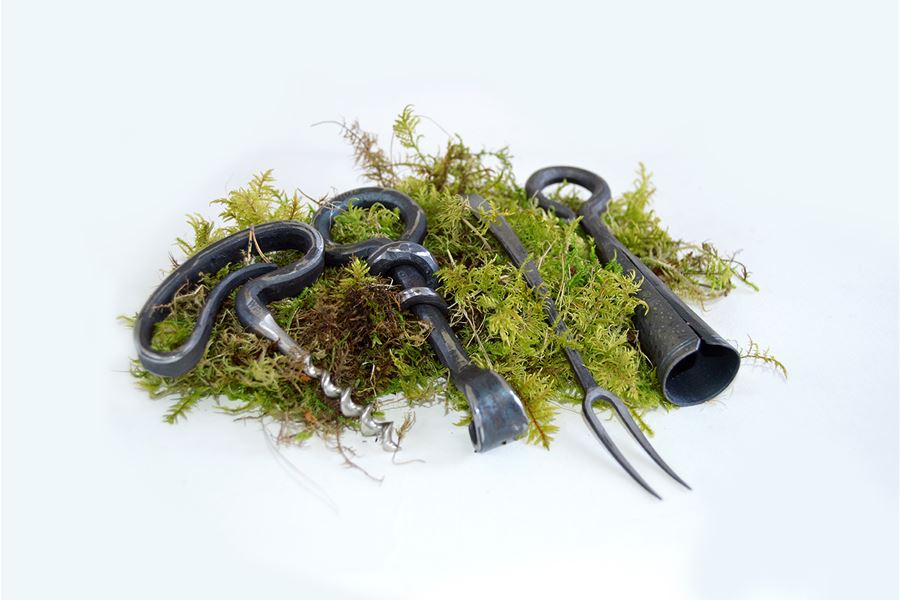 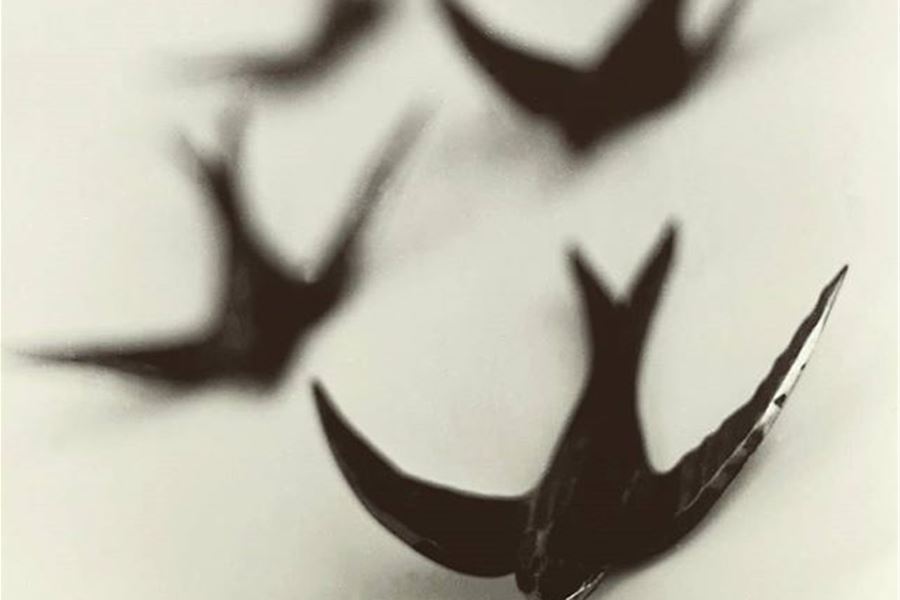 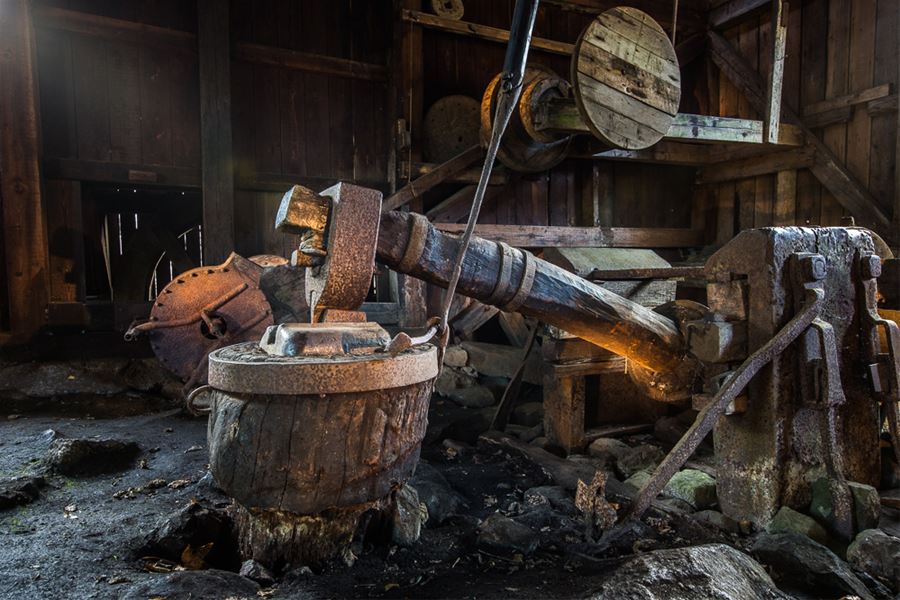 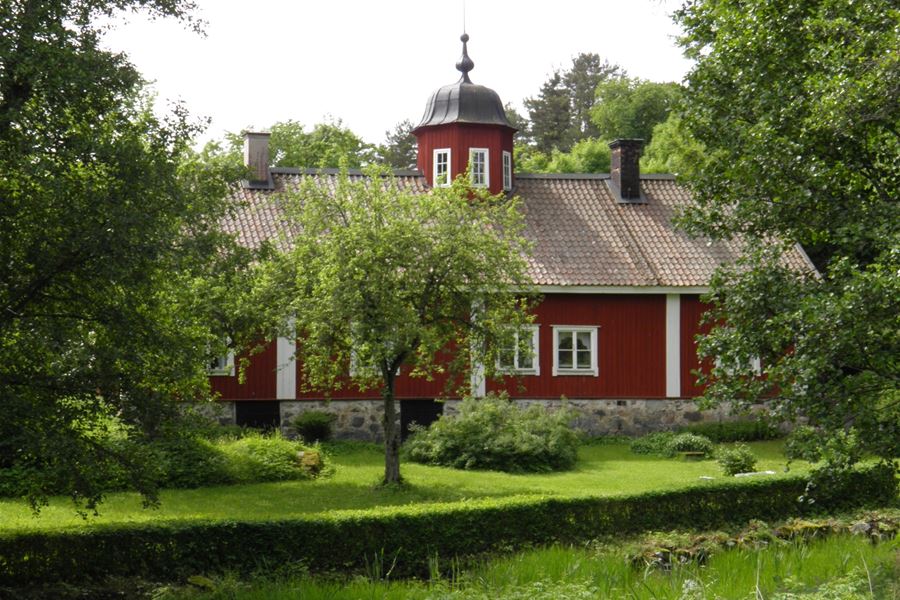 In the old Inspector’s house at Wira you can see the decorative ironwork being made here today. The building itself dates back to 1793. Next door there is a carriage house with ironworks display and various special exhibitions.
Book now
Bruken Test3

Forges
The forge in use today is located at Finnbergavägen 6 where the blacksmiths PO Davidsson, Jonas Wägerth and Jimmy Kindbladh do their daily work. The shop is tended by Sara Wägerth Elm. Jonas Wägerth is the overall manager. By the lower fall there is one 18th century and one 19th century forge. There is also a more recent forge which is from time to time in use in summer.

The museum
When walking towards the forges you will pass by the alderman’s cottage, Åldermansstugan which is now a museum of village life and activities. The museum exhibits various items having been made here throughout the centuries. You can also learn more about the history of Wira. The museum is open for groups from 1 May to 30 September. During summer, from late June to early August, the museum is open for all.

Tingshuset
Wira Bruk Tingshus (the old court house) is situated opposite the Inspector’s house. This was the court for the judicial district of Southern Roslagen from the late 18th century until 1904. According to tradition, a card game called Wira was invented when the court was snowbound here during a terrible storm in 1810.

Guided tours at Wira Bruk
Guiding around the historic village is available from May to September. A guided tour is about and hour and takes you for a walk around the village. The guided tour ends with a visit at the museum and the ironworks shop. Total time: 1,5 hours. Coffee at the restaurant can be booked for your party to finish off the guided tour.